Acetic acid: a small organic compound which makes vinegar a great accompaniment to chips. However, for museums, galleries and libraries, acetic acid vapour can be problematic. It is known to cause damage to a wide range of artefact materials, including metals, shells and glasses. This is particularly an issue inside display cases, as the low air exchange rate can lead to the trapping, and thus concentration, of acetic acid if there is a source within the case. Wood is a significant emitter of acetic acid – particularly oak, pine and beech – and hence this is now commonly avoided in the construction of display cases. 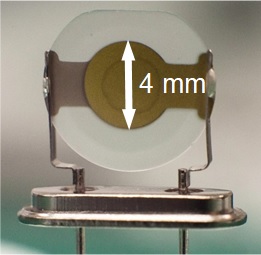 Fig. 1 A piezoelectric quartz crystal. It consists of a clear quartz disc with a gold electrode across the face.

As damage can occur below the odour threshold of acetic acid (1 part per million), sensors are required. I am developing piezoelectric quartz (PQC) crystal sensors to quantify parts per billion concentrations of acetic acid inside display cases.

A PQC (Fig. 1) consists of a clear quartz disk that has a gold electrode on each side and is mounted in a holder, which allows it to be connected to electronics. Passing a current through the gold electrodes causes the quartz to oscillate at approximately 10,000,000 times per second.

As the oscillation frequency varies linearly with the mass on the quartz, it is possible to follow reactions that occur on the quartz’s surface. Currently, lead oxide particles are being added to the gold electrodes (Fig. 2). When acetic acid is present in the environment, it will react with the lead oxide, forming lead acetates and carbonates. This results in a change of mass on the quartz, and hence a change in frequency of the PQC is observed. The rate of change indicates the concentration of acetic acid present.

Fig. 2 Scanning electron microscope image of the gold electrode of the PQC before and after the application of lead oxide nanoparticles

To monitor the change in real time, prototype sensor boards are being used (Fig. 3). These are handheld devices which can measure the response of 8 PQCs at once, which is ideal for calibrating and testing the sensors.

These devices have exciting potential for use in museum display cases. PQCs are sensitive to nanogram changes of mass, and therefore can detect parts per billion concentrations of acetic acid. They are also small and affordable and have fast response times.  The development of these tools is currently in its early stages and much research is needed before they are ready for trials. I am currently performing controlled exposures of the sensors to known amounts of acetic acid to build a calibration for the device; however, in a year’s time maybe I will be writing a blog post about PQC sensors being one of my favourite tools! 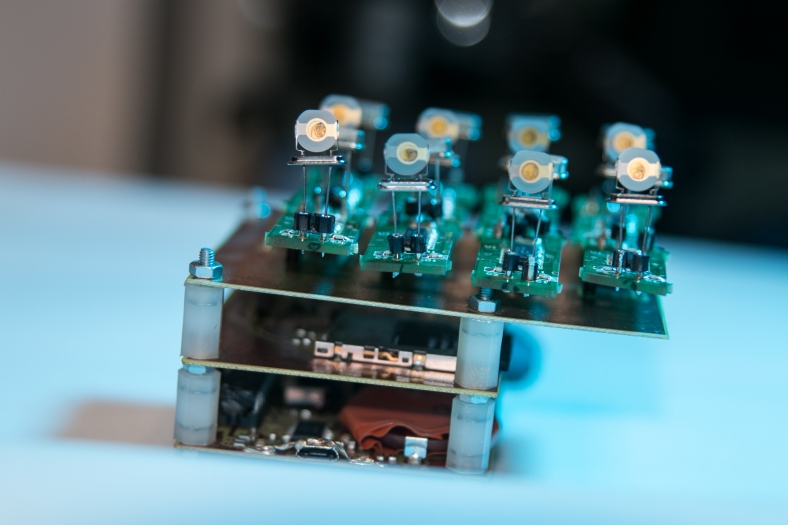 Fig. 3 Battery-operated prototype sensor board for the PQC acetic acid sensors. It has the capability to remotely log data from eight sensors.

Sarah Hunt is a PhD student based at University College London. Her project investigates air quality inside museum display cases, with a particular focus on emissions from waterlogged organic collections.