The second conference of the Institute of Conservation Book and Paper Group (Icon BPG) was held at the University of Oxford, from 1-3 October 2018. The event, organised and run like clockwork by the BPG committee and volunteers, gathered 200 book and paper conservators from all over the world, who enthusiastically reflected on the topic of “Unexpected Fame: Conservation Approaches to the Preparatory Object”.

The artefacts discussed over the conference’s four sessions ranged from printed materials, manuscripts and contemporary archives to preparatory drawings and literary and historic drafts. 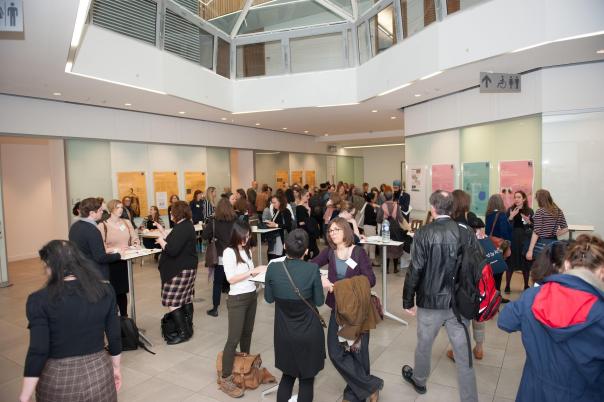 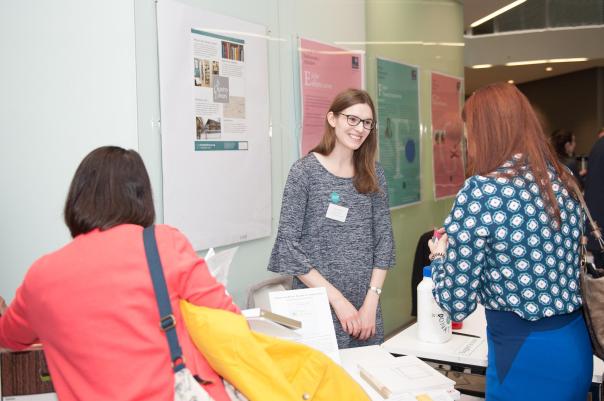 The speakers who opened the four sessions addressed intrinsic characteristics of the preparatory object, each offering a different prism through which to view this type of cultural artefact. Dr Chris Fletcher, Keeper of Special Collections at the Bodleian Libraries, raised the preservation issues of conserving perishable artefacts that are an invaluable part of long-term collections in an access-oriented institution. Dr Fenella France, Chief of the Preservation and Testing Division at the Library of Congress, used scientific tools to mediate author intention and conservation ethics in the analogue content of her institution’s collections. Prof. Margaret Holben Ellis, from New York University, presented case studies that led to the development of a thesaurus for conserving the “conceptual fabrication” of preparatory materials, while Prof. Dr. Irene Brückle, from the Stuttgart State Academy of Art and Design, suggested that when examining preparatory objects acute attention to damage “can lead to false assumption and conservator’s mistakes”.

“How to make current office material rare” was the question raised by Abigail Merritt in her conservation treatment of the James Ivory collection at the Morgan Library & Museum. Her answer was to treat these everyday objects, such as paper clips and Post-its®, as what make an archive irreplaceable, a sentiment that was echoed several times during the first session, which was dedicated to the preservation of contemporary archives. Reporting on her research at Cambridge University, Emma Nichols explained that she had conducted analyses on sugar paper wrapped around a World War II nominal roll from the Royal Commonwealth Society’s Singapore Archive because she was keen to identify the composition of materials at the disposal of civilian war internees. Chiara Guizzi presented her work on advertising posters from the Pirelli Foundation’s Historical Archive, which involved releasing the adhesive coating from pieces of pressure-sensitive tape and then replacing the treated tapes to their original positions. This shed light on the preparation process of the drafts. Conservation treatment on items from the Sir Georg Solti Archives at Harvard Library revealed annotations by the composer on his scores, yielding, in the words of conservator Catherine Badot-Costello, a “new, unique interpretation” of his music. 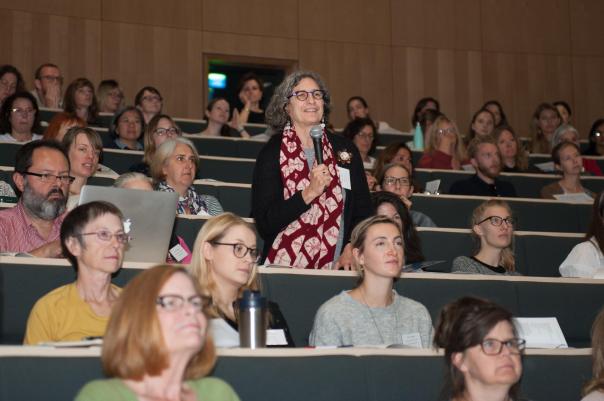 A gleeful, attentive audience of conservators

Dr Victoria Button giving her talk on the V&A Research Institute’s (VARI) project: By me, James Leman. Reinterpreting an album of 18th-century silk designs at the V&A.

The second session explored the reasoning for alterations on preparatory artefacts, illustrating various means of preserving an object and its content. At the V&A, the conservation treatment of eighteenth-century working designs for woven silk led to the development of digital resources, which Dr Victoria Button explained would provide access to evidence of the skilled craftsmanship involved in the creation of the designs, without the need to handle – and risk damaging – the original album. Following the same trend, Alizée Lacourtiade from the Bibliothèque Mazarine treated pasted-out corrections in a sixteenth-century Spanish manuscript, preserving these historical interventions. The result was the rediscovery of not one, but two, versions of the manuscript.

Structural intervention equals structural change and there is a thin line that needs to be drawn by conservators between interventive and invasive procedures. The last two talks of the day, by Lucile Dessennes and Sue Hourigan, addressed this ethical matter on a larger scale – both literally and figuratively – with their presentations on mount-making for a large cache of documents on the performing arts at the Bibliothèque Nationale and the removal of a massive quantity of transparent self-adhesive plastic (Fablon®) from the verso of a 3 x 4 m cartoon at Oxford’s Dorchester Abbey.

The values (aesthetic, historic, economic, academic, etc.) we attribute to preparatory materials are influenced by the objects’ function, materials and authors’ celebrity. This impacts decisions about conservation treatments and the resources allocated to them. As a striking example, in the first of the second day’s sessions, Shona Hunter from the National Library of Scotland presented the conservation treatment and rebinding of a giant-sized John McGrath pop-up book. The fame of the book encouraged the library to fund the development of a suite of digital 3D models that incorporated 10,000 images for every page opening. Andrew Honey and Nicole Gilroy explained the necessity to secure the highly prized privilege of time to consider the appropriate conservation approach for the Bodleian Libraries’ Jane Austen and Percy Bysshe Shelley manuscripts. At the Rijksmuseum, Amélie Couvrat-Desvergnes decided to investigate the yellow pigments in Indian drawings, a conservation research approach that brought a new-found fame to the artefacts. The final speaker of the morning session, Katerina Powell, demonstrated how the use, or rather the misuse, of some elements of an artefact can inform treatment decisions for an entire object: the identification of rare illustrations by twelfth- to fifteenth-century Cypriot artists in the margins of an early eleventh-century Greek pattern book at Magdalen College in Oxford led to the object’s complete rebinding. 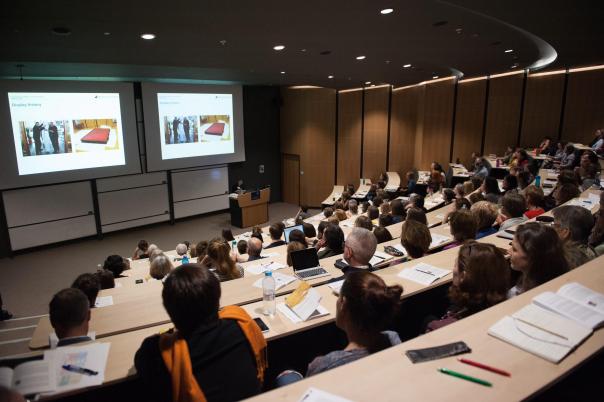 The final session of the conference demonstrated how a good conservation treatment can be non-interventive and therefore limit the risk of damage. Heather Norville-Day’s paper on a Sir Joshua Reynolds limp-vellum binding sketchbook presented the intricacies of striving for minimal intervention. Following the same idea, Robert Minte explained why he chose not to reconstruct a draft of Mary Shelley’s Frankenstein from the collections of the Bodleian Libraries. The notebook on which the draft had been written had originally been bound, but now it had both torn and missing pages. It was speculated that during the drafting of the manuscript, Mary Shelley and Percy Bysshe Shelley had torn out the leaves. Therefore, in order to maintain this piece of the draft’s history, the torn sheets were fasciculed, i.e. hinged separately with Japanese paper in a pamphlet binding. This rehousing method, developed at the Bodleian Library, allows the leaves to be easily accessed in the reading room or displayed separately in an exhibition.

The importance of making sure to retain information for conservation and to decipher the physical layers of preparatory objects was emphasized by Alexandra Greathead from the Ashmolean Museum. Her examination of drawings by Raphael demonstrated the need for “different techniques to show the same thing”. Finally, Anna Johnson explored the best ways to preserve Charles Darwin’s research methodology when conserving a large amount of assembled archival documents. These documents had been pinned together by the author, and it would have been much easier to conserve them if they were separated. However, in order to preserve Darwin’s thought process – and therefore scientific integrity – the documents were maintained as originally compiled. Separating the sheets would have reduced this functional object to a flat document.

During every coffee and lunch break throughout the two days, conference attendees were able to enjoy a selection of posters on preserving preparatory artefacts, from suffragette scrapbooks to lab notes, while browsing through vendors’ stands. The evening reception on the first day brought conservators together in the Pitt Rivers Museum. What an outstanding place of wonders to host conversation about best preservation procedures on hidden treasures!

The last day of the conference offered a fantastic choice of tours among the University of Oxford’s major institutions. Conservators were generously given extensive behind-the-scenes access to several college libraries, the conservation workshops at the Bodleian Libraries and the Oxford Conservation Consortium, and iconic architectural buildings such as the Sheldonian Theatre.

Correction: This article originally stated that the Greek pattern book conserved by Katerina Powell dated to the seventh-century and that its margin drawings drawings dated only to the fifteenth century. The post has been updated with correct dates.

The author thanks the Anna Plowden Trust and The Clothworker’s Foundation for their generous support for her attending the conference.

View from the conference reception at the Pitt Rivers Museum 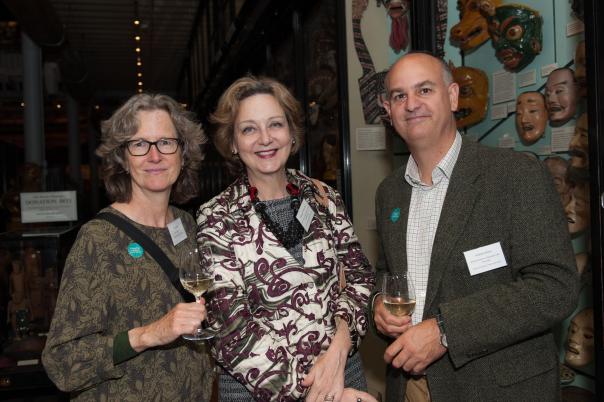 Conference attendees enthusiastically catching up at the conference breakfast

Conference attendees and speakers at the evening reception

Justine Provino is currently Assistant Conservator in the Conservation & Collection Care Department of the Bodleian Libraries at the University of Oxford. She undertakes preventive conservation and book and paper conservation treatments for the 26 university-related libraries.

Prior to her studies in conservation, Justine attained a Master’s Degree in History, from the Paris IV Paris-Sorbonne University, specializing in Religion and Culture in Society (2009).

Justine is an associate member of the Institute of Conservation (Icon) and the American Institute for Conservation of Historic and Artistic Works (AIC).