Where did the medieval painters find materials for their beautiful artworks? From nature, of course! In contrast to modern artists, who have available thousands of different preparations derived from petroleum, medieval artists had at their disposal only resources from Mother Nature. They therefore needed to rely on their deep knowledge of how to transform this raw matter to produce all the colours in their palette. Indeed, we can appreciate the skills and the technical prowess of a certain scriptorium, a certain pictorial school or even a certain culture by the quality and number of colourants used in their paintings.

This is particularly true for the use of organic dyes. While pigments were obtained from mineral sources, dyes were obtained from vegetable and animal ones. Apart from specific cases (Egyptian blue, Maya blue, etc.), the production of pigments was mainly based on the collection and grinding of stones, which did not require specialist skills. It was a different matter, however, to obtain coloured extracts from plants and insects that could be quite different from the source to the macroscopic colour. For example, it is difficult to understand the relationship between madder and Rubia tinctorum: you must first realise that the dye is hidden in the roots, not in the aerial parts. In some cases, the source of the dye does not even contain it but instead contains its chemical precursors. Just as ancient artisans sourced indigo from Indigofera tinctoria or Tyrian purple from Murex shellfish, the medieval artists produced orchil and cudbear from Roccella tinctoria, Ochrolechia tartarea or other lichen species (Fig. 1). In these instances, a superior level of intuition must have suggested to artisans the possibility of exploiting these raw materials to obtain such beautiful colours.

For these reasons, the identification of dyes used in miniature paintings is particularly relevant if one wants to be able to accurately assess the ability of a painter or a pictorial school. Unfortunately, there seem to be similarities between the difficulty in obtaining dyes from nature and the difficulty in identifying them in painted artworks. While the identification of pigments is relatively straightforward, that of dyes is complicated by the following factors:

Among the different analytical techniques available for the identification of dyes on manuscripts, three show interesting features:

1) UV-visible diffuse reflectance spectrophotometry with optic fibres, or FORS, is a truly non-invasive technique, i.e. it can be used in situ directly on the artwork, without the need to take a sample. This technique involves the use of optic fibres to convey the light emitted by a source on the sample, and then to convey the light reflected by the sample towards the detector. Modern instruments are very compact and truly portable, so that measurements can be easily carried out inside libraries and museums (Fig. 2). Artworks to be analysed must simply be exposed to the instrument probe. The spectral response yielded by reflected light can be used to identify a dye by comparison with spectra of known dyes; since every dye yields a response, the possibility of identifying it relies on the amplitude of the spectral database. In Fig. 3, FORS spectra of red dyes are shown (Aceto et al., 2014). 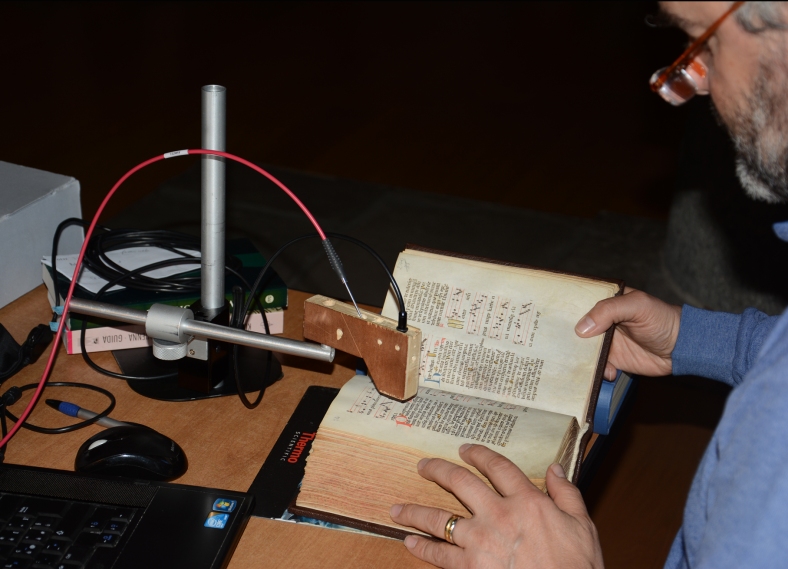 Fig. 2 FORS analysis being carried out on a manuscript

2) Surface Enhanced Raman Spectroscopy, or SERS, is a micro-invasive technique, i.e. it requires a very small sample; it is also micro-destructive, since the sample is not available anymore after analysis. SERS analysis is an evolution of Raman spectroscopy. While the Raman technique is highly suitable for the identification of pigments, it performs very poorly in the analysis of dyes due to the high level of unspecific fluorescence generated by contaminants of organic nature within the dye. The SERS method exploits colloids made of silver nanoparticles, which are poured on the sample (Fig. 4) and, when dry, allow Raman analysis to be performed. The surface interaction between silver nanoparticles and the molecules of the dye generates a strong enhancement of the Raman effect, producing in nearly all instances a clear spectral response that is a fingerprint of a particular dye. SERS analysis can be performed with the best results on extracts from the sample (i.e. after extraction in concentrated formic acid or hydrofluoric acid), but in some cases it can be performed directly on the sample by pouring the silver nanoparticles colloid onto it. Due to the extreme sensitivity of the method, the sample needed can be very small (less than 2 mm, see Fig. 5) but nevertheless this usually yields reliable results. An example of the use of the SERS method is the identification of folium, the dye extracted from Chrozophora tinctoria, in a fourteenth-century manuscript (Fig. 6), as reported by Aceto et al. (2017). 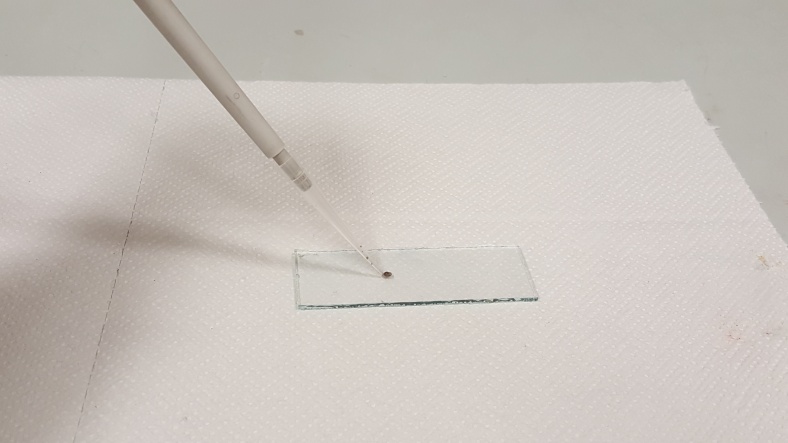 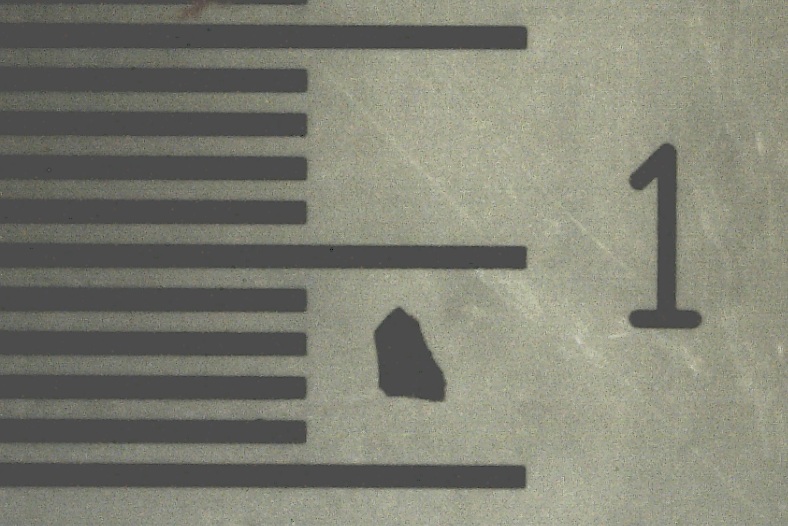 3) The best and most reliable technique for identification of dyes is undoubtedly High Performance Liquid Chromatography coupled with Mass Spectrometry, or HPLC-MS, as it can provide information on all of the molecules present in the sample thanks to the high diagnostic power and sensitivity provided by the mass spectrometer detector. Its main drawback is that it is both invasive and destructive, although the sample can be very small (ca. 2 mm), so HPLC-MS should be used as a last resort. Interesting applications of this technique include: 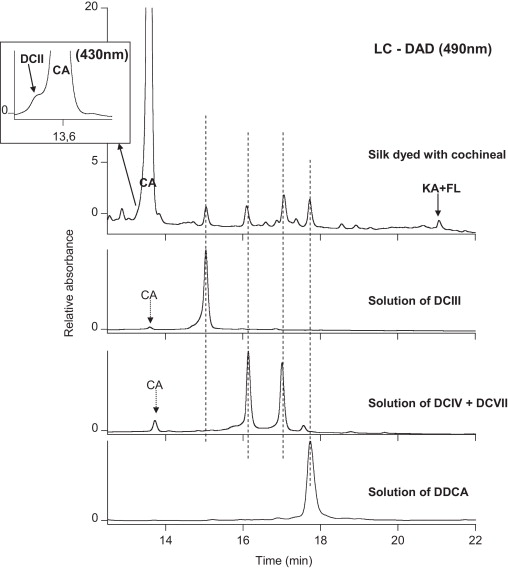 Fig. 7 HPLC-MS analysis of a red dye on silk

Dr. Maurizio Aceto graduated with a degree in Chemistry in 1988 from the Università degli Studi di Torino (Italy), where he earned a doctoral degree in Scienze Chimiche in 1993. In 1997 he became Research Assistant at the Università del Piemonte Orientale in Alessandria (Italy), where he teaches courses in the field of analytical chemistry. His main research interests deal with the characterisation of painted artworks, with a focus on miniature painting, using non-invasive and non-destructive techniques such as Raman spectroscopy, FORS, spectrofluorimetry and XRF spectrometry, or micro-destructive techniques such as SERS and HPLC-MS. In this field he collaborates with several libraries and museums, and uses diagnostic results to improve knowledge about the chronology of the use of pictorial materials in painting. He is the author of more than 100 articles in national and international journals.

Elisa Calà graduated with a degree in Chemistry from the Università degli Studi del Piemonte Orientale in Alessandria (Italy) with a thesis on the study and analysis of purple natural dyes historically used for illuminated manuscripts. She is presently a PhD student in Chemistry and Biology at Università degli Studi del Piemonte Orientale, researching the analysis of artistic historical samples, with a focus on the identification of dyes and pigments through non-destructive and micro-invasive analytical techniques.

One thought on “Colours from nature: the identification of organic dyes in miniature paintings”